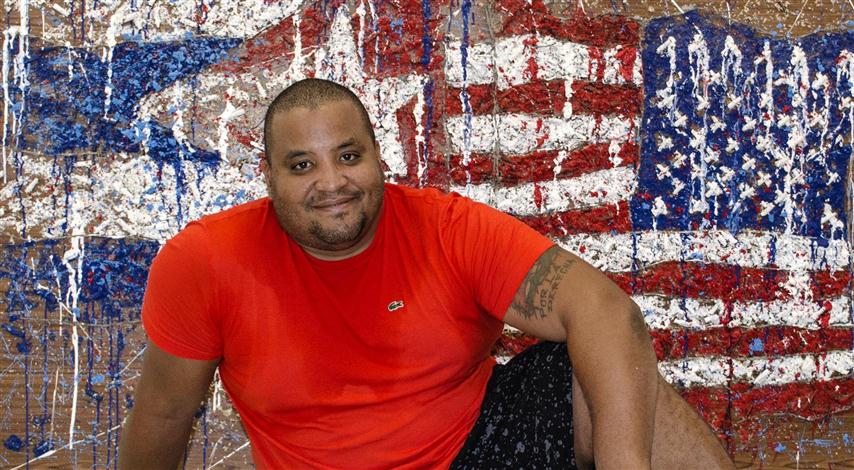 Mirabal is an artist who uses symbols as the basis for exploring the fantastical without focusing too much on realism.

His training as a designer has influenced his work enabling him to create synthetic, almost flat,  pieces, using stained glass, grilles, wood and balconies that open out onto courtyards, columns with impressive capitals and well-drawn shafts. He mixes the cultural traditions of his country with his own personal experiences, creating a system of symbols of national identity which are both private and conscious:  Eleggua (from the Yoruba pantheon), the music, the columns, the clothes lines, the reference to the Cuban flag.

His paintings reflect a certain way of perceiving reality, illustrating not only everyday activities, but also the sensitive nature of the relationship between man and nature, man and his surroundings and man and the space he occupies. In fact, the city is established as a dominant space in his work.

He has participated in solo and group exhibitions in Cuba and the world throughout his career as an artist. His work received First Prize in Visual Arts Rockefeller Fellowship, New York, USA.