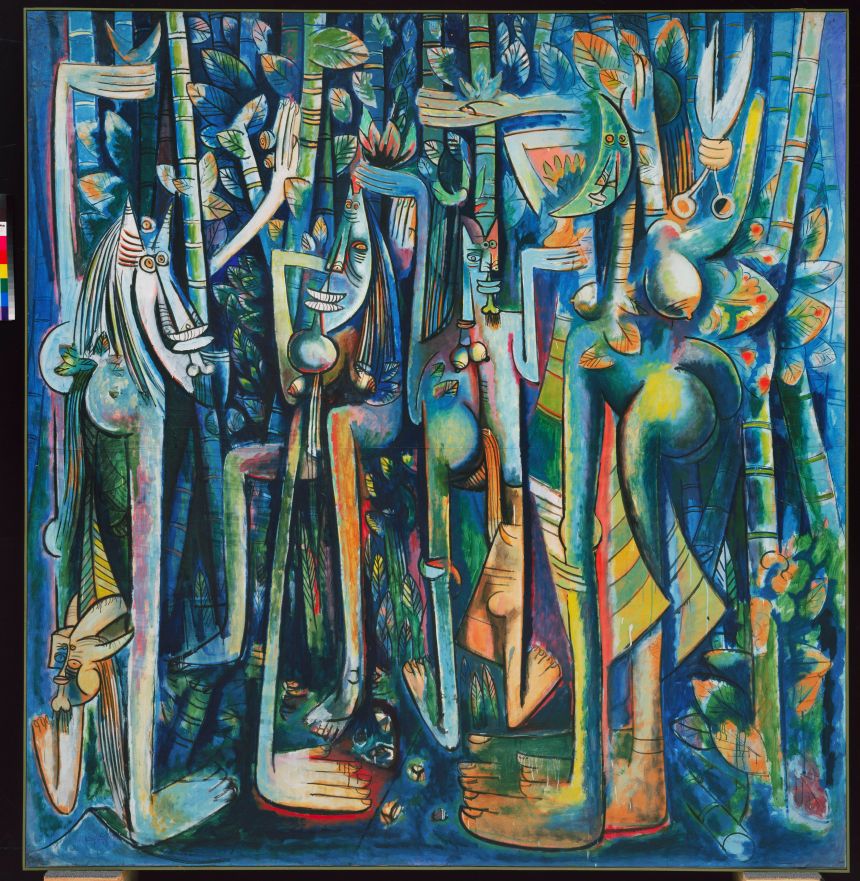 This autumn Tate Modern hosts a major retrospective of Wifredo Lam (1902-1982), viewed by many as the greatest artist Cuba has ever produced.  He has an enduring legacy that influences many of Cuba’s contemporary artists, as viewers will see in the Presente! exhibition.

Living in Spain and France during the 1920s and `30s, Lam was inspired by and in contact with some of the most renowned artists of the 20th century, including the Surrealists and Picasso.  He also fought with the Republican side in the Spanish Civil War, driving ambulances at the front.  On his return to Cuba in the 1940s, he sought to reflect and give voice to the enduring Afro-Cuban culture of the island. He dramatically synthesized Surrealist and Cubist styles while incorporating the iconography and spirit of Afro-Cuban religion. His mother was descended from West African slaves and his father was Chinese, so his own personal heritage embodied the synthesis in Cuba.

Lam believed that society focused too much on the individual, and sought to show humanity as a whole in his artwork. So while Cuban culture and mythology permeate his paintings, they show generic figures, often with mask-like faces, creating a universal perspective relevant to all.  The Jungle, considered as Lam’s masterpiece, exemplifies this style, with hybrid figures combining elements of humans, animals and vegetation.

Visitors to the Presente! exhibition will gain much by also seeing the work of Wifredo Lam at the Tate Modern, to understand contemporary Cuban art in its wider historical context.